Maddox Brown is a 13-year-old 8th grader at Eagle Harlem who joined our program over the summer. He lives in Harlem with his mother and fraternal twin brother, Milo, who is also a new addition to our program. He recently fielded some questions from Charlie Hanger, our digital content manager.

CH: How did you find out about The Bridge Golf Foundation?

MB: Some teachers and administrators at Eagle recommended that some of the top students in the seventh grade try out the summer program, so my brother and I signed up. It was good. We had a lot of fun. We did some coding, learned some golf, and we watched Black Lightning. I also liked our trips to Dunwoodie every Thursday.

CH: Before starting our program, had you ever played golf before?

MB: Sort of, in sixth grade, but that was miniature golf.

CH: What did you think about golf when you first started? 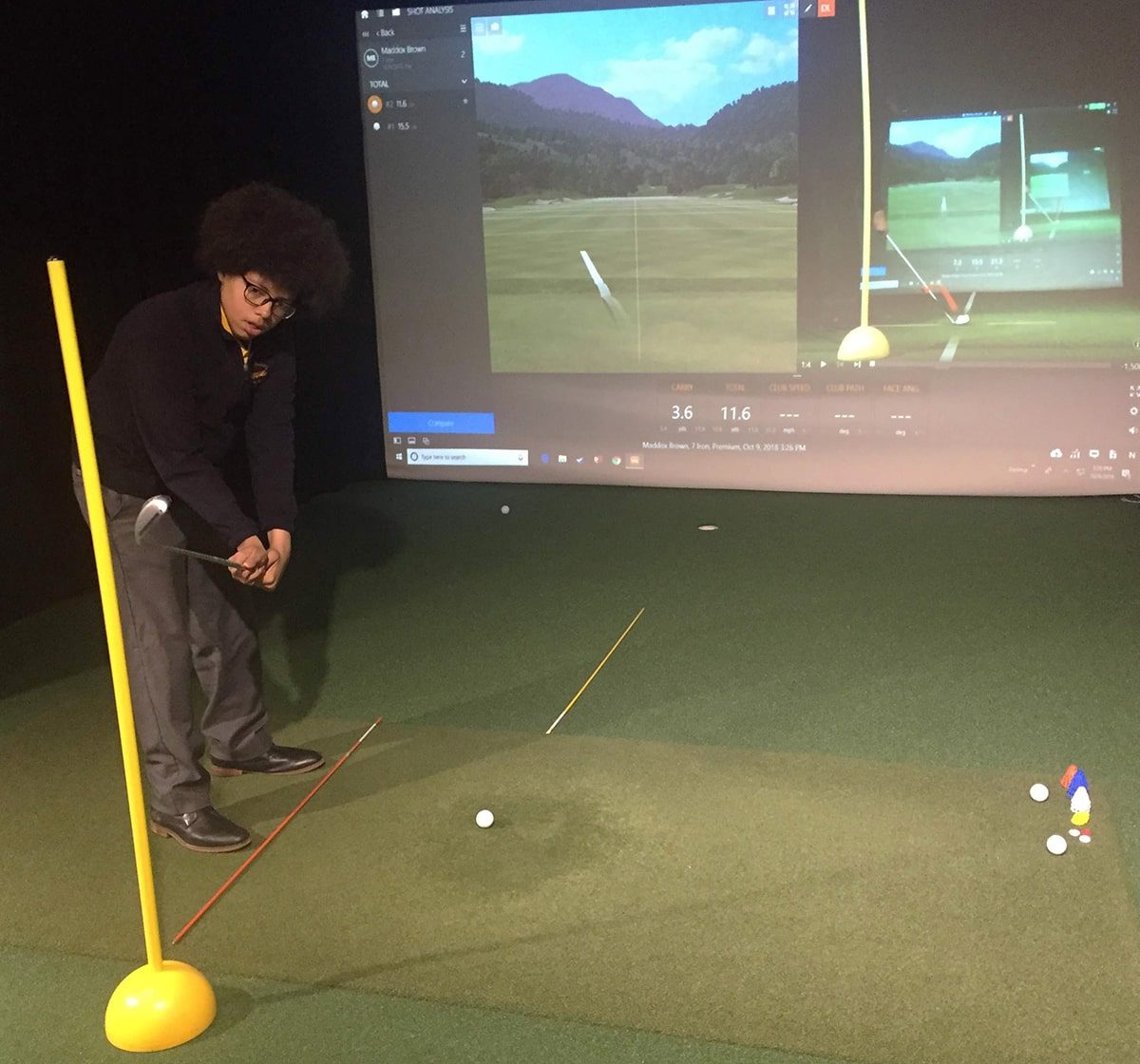 Maddox Brown working on a swing-path drill at a recent after school session.

CH: Of the non-golf activities, which was your favorite?

MB: Coding. I like that I can make things happen on the screen just by typing words and characters. We made a game where you have to bounce a ball into blocks, and if it passes you, it goes into the void and you lose. Sort of like pong.

CH: What are your impressions of the after school program so far?

MB: I like the kids and the teachers and pros. All of the middle school kids here are my friends, and it’s just a nice and supportive place. The adults can be strict sometimes, but that’s OK.

CH: What were you doing last year after school?

MB: Playing games on my computer or phone.

CH: What’s it like having a twin brother? Do you and Milo get along most of the time?

MB: No, we argue about a lot of stuff. We share a room, but that isn’t working out so great.

CH: You have the most substantial afro in the program. Talk a little about your hair.

MB: I got a minor haircut about two weeks ago, where my mom trims it in a few places, which she does every once in a while, but I’ve been growing it out for about seven years. My hair doesn’t really grow fast, or it would be even longer.

CH: Can you wear a hat with it?

MB: Sort of. Hats just sit on top of my hair, and it never ends well because the wind will blow them off, and I don’t even notice.

CH: How about other interests — sports, TV shows?

MB: I don’t watch sports. As for shows, I want to keep that classified.