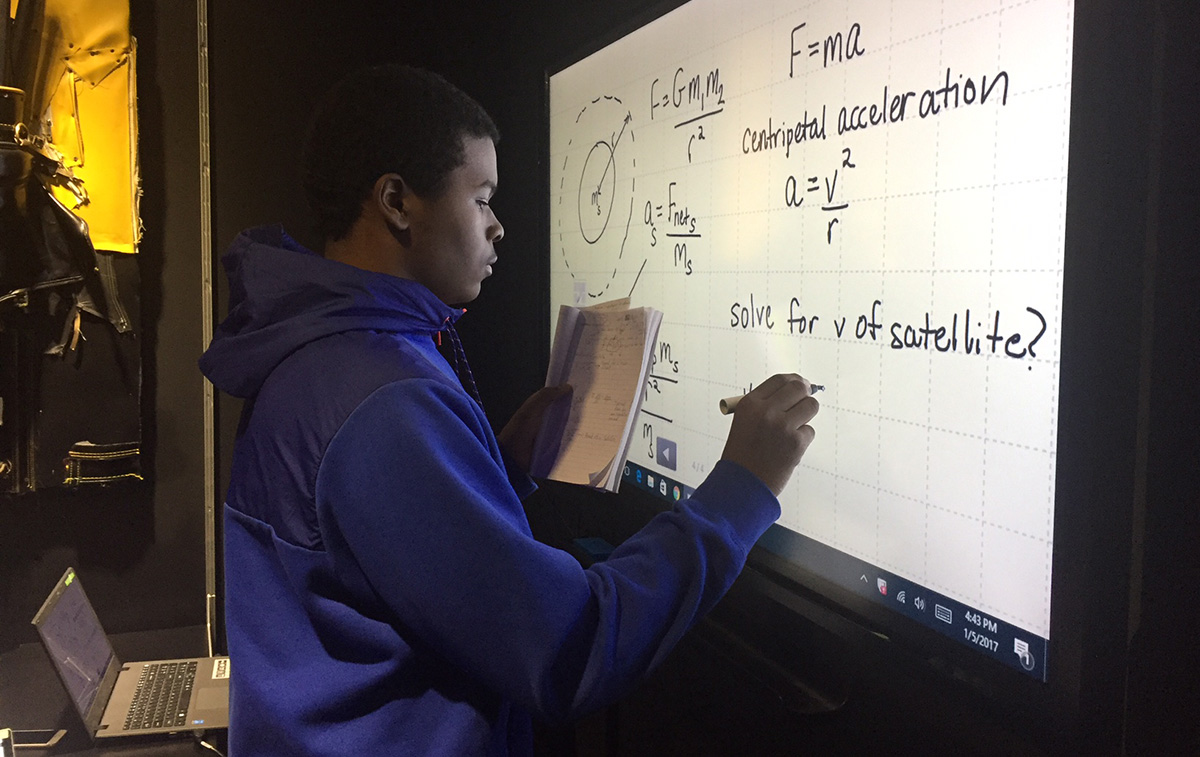 Noah Folks working on calculations during one of our ‘Hidden Figures’ lessons.

The story of Katherine Johnson and the other pioneering female scientists featured in the new movie “Hidden Figures” is inspiring young people of color all over America and the world. The basic story — African American women making crucial contributions to the space program in the 1960s — is easy to embrace.

But the math these women were working with is hard. Take Katherine Johnson’s paper, “Determination of Azimuth Angle at Burnout for Placing a Satellite Over a Selected Earth Position.” The title alone is enough to scare away most people, not to mention the calculations the paper contains.

But in some of our recent STEM lessons, we dug into the tough concepts Johnson pioneered.

In simple terms, Johnson was working to find the right moment to turn a satellite’s engines off so it would land at a certain position on Earth. This is a very complex calculation when the satellite is traveling in an ellipse around Earth. We began by learning about the properties of ellipses, and worked with thumbtacks and string to draw and measure ellipses.

In the next part of the lesson, we simplified the physics of Johnson’s calculations by assuming that the path of the satellite was circular. We introduced Newton’s Law of Universal Gravitation, the center-seeking acceleration of an object traveling in a circular path, and Newton’s Second Law to derive the orbital velocity for a circular orbit.

This was a tough lesson, and the young men in our program are not ready for NASA quite yet. But by working with the real-life math that sent astronauts to space and returned them safely to Earth, our students could begin to see themselves accomplishing great things in their real-life futures.