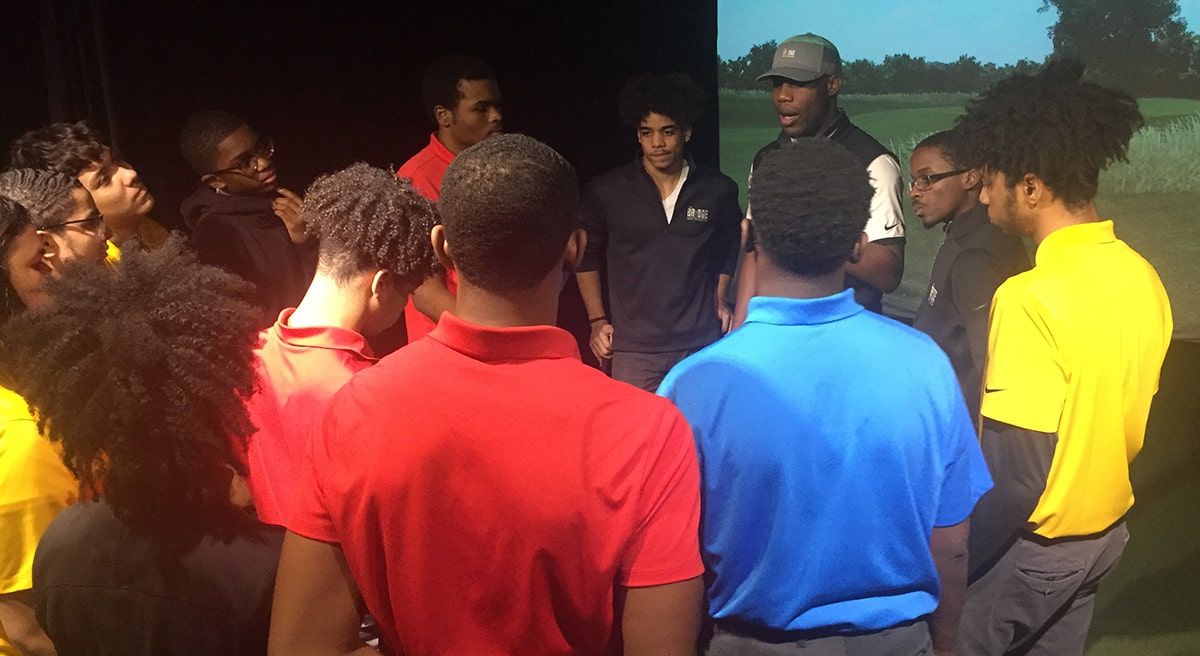 Coach Randy Taylor with members of the high school golf team during a recent after school session.

Across the city, high school golfers are taking their clubs out of storage and heading outside to take their first swings of the season. The young men in our after school program are also heading outside, but they’ve been putting their clubs to good use all winter long. (Want proof? Check out the video below.)

On the week of March 25, after months of daily training indoors with our PGA professionals and TrackMan simulators, our high school golfers will begin practicing on Mondays and Wednesdays at Dunwoodie Golf Course in Yonkers. The team, which represents the Eagle Academy for Young Men of Harlem and is officially listed as “Percy E. Sutton Educational Campus” on the Public School Athletic League schedule, will open the season against Bronx Science at Pelham Bay on March 28.

The regular season includes nine scheduled matches and ends on May 14. Last season’s squad made the playoffs and won in the first round before losing to Hunter College High in the second round.