News » A Round With Kyle Barthelmy

A Round With Kyle Barthelmy

Posted in: A Round With, Eagle Academy, Golf Team, The Bridge Golf Foundation

On Wednesday, March 27, Digital Content Manager Charlie Hanger walked the course with Kyle Barthelmy and asked him a few questions on the eve of our golf team’s first match of the 2019 PSAL season. Kyle, a junior at Eagle Harlem who will turn 17 on April 30, has been in our after school program since its inception in the fall of 2015. 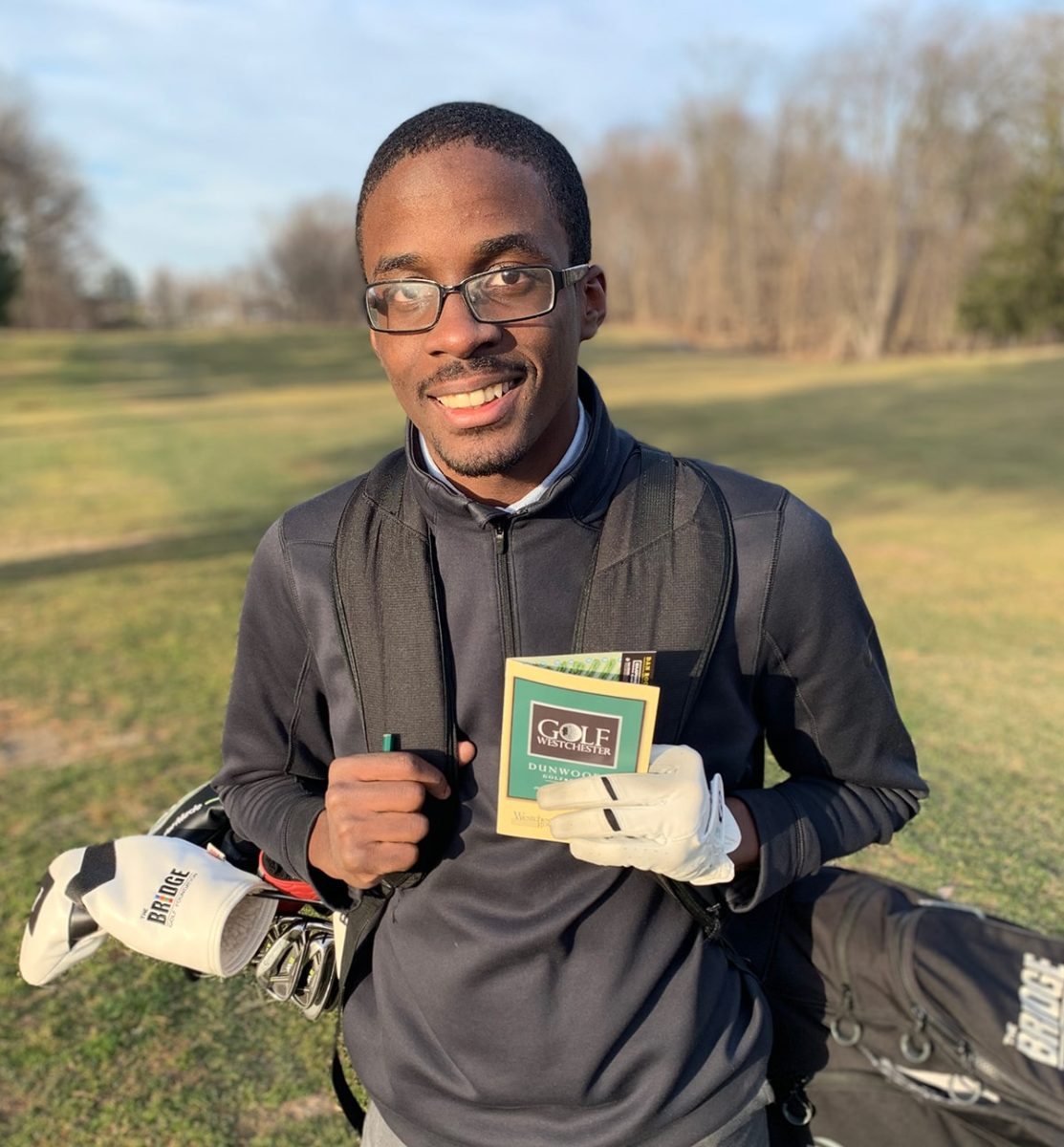 CH: You were one of our Foundation’s original after school students. What were your first impressions of the program, and how have things changed since then?

KB: When I started, I thought golf would be easy. What could be so hard about hitting a stationary ball on the ground? When I first swung, I missed horribly, and I realized right away that it was tougher than I thought. Then we practiced and studied the swing and STEM, and my understanding of the game and my ability improved a lot.

The game also seemed extremely boring at first. Then that first year, back when we were playing with tennis balls in the Y before the Learning Center opened, they introduced us to some games, and then I started having fun with it. Now, golf is the one thing that I love to do. It’s definitely my favorite sport.

CH: How has the Foundation influenced you over the past few years?

KB: I think it’s made me a much smarter person and has really helped with my academics. We’ve been doing character education and STEM, and now a lot of the stuff we’re doing in my junior physics class I’ve already learned because we went over it at the Foundation. Like the equation for kinetic energy, potential energy — I knew that two years before we went over it in my physics class.

CH: Tell us about your knee injury last fall.

KB: Last October, I tore my meniscus playing basketball. I landed and slipped and heard a pop. I didn’t have surgery, but I couldn’t get to school for four months. I did physical therapy three times a week for three hours a day. It’s mostly ok now but still feels a little bit weak.

CH: What did you do about your schoolwork while you were recovering from the injury?

KB: I got home instruction. Teachers from the DOE would come to my apartment and work with me based on the classes I was taking. I worked on math, history, English, and physics. Sometimes the classes would get boring, but I liked the teachers, and overall it was good. Now I’m back in school and don’t feel behind.

CH: The PSAL season starts tomorrow. How did you do in your matches last year?

KB: I played two matches at the beginning of the season; I lost one and won one. Then I sprained my ankle when I slipped on some stairs and had to miss a few. When I came back, I didn’t lose a match until our playoff loss against Hunter.

CH: You guys had all hit a ton of practice balls on TrackMan at the Learning Center, but diving into match play competition last season was an entirely different experience. Was it hard to adjust to tournament pressure?

KB: It was tough, but we figured it out. At the first match, I got nervous and wasn’t sure how I was going to perform. But as the season went on, my confidence built up, and I started doing much better.

CH: What’s the hardest part of the game for you?

KB: Bunker shots. That’s the one thing that I really haven’t learned how to do well, so I try to stay as far away from bunkers as possible.

KB: I’m thinking about SUNY Delhi, and maybe a bigger school if I can get a scholarship. I would love to go out of state, maybe Michigan. I haven’t really been outside of the East Coast. It would be nice to see more of America, not just stay in one place, and I don’t plan on staying in New York all my life. I want to venture out and learn about new places.

CH: What are you thinking about doing for a career?

KB: I’m really interested in marine biology, and I’m into architecture too. Ever since I was a little kid, I liked watching nature documentaries. There’s something about aquatic life that draws me in, especially sharks. People fear sharks, but we kill them more than they kill us.

For architecture, I think it started with Legos, and I’ve just always liked taking things apart and putting them back together. If something stopped working in my house, my family would give it to me and encourage me to take it apart and see if I could put it back together. And in my free time I like drawing houses and buildings.

And if things go well with golf, maybe I’ll become a PGA Tour pro. But I need a lot more practice for that.