Santana Rojas, a freshman at the Eagle Academy for Young Men of Harlem, joined our after school program this fall. He recently fielded some questions from Charlie Hanger, digital content manager for The Bridge Golf Foundation.

CH: You are unusual among our students in that you were a golfer before joining our after-school program. How did you pick up the game?

SR: My dad introduced me to golf when I was about 7. Since then, I’ve been playing around the city, mostly at Mosholu and on Randall’s Island before it was closed for reconstruction. Before joining the after school program, I had mainly just been learning with my dad and on my own, but I did play with The First Tee for a while and in a few local tournaments.

CH: Have you noticed a difference in your game after working with our teaching pros?

SR: I’m seeing a lot of improvements. Before with my driver I could barely make it 200 yards, and now I’m consistently hitting it 200 yards or more. The other day I hit it 250 yards, which I didn’t think I was capable of. With the help and guidance the pros have given me, I’ve been able to do that, and I’ve also been getting on the green more and hitting my irons further.

CH: What have you been working on with our tutors, and have you also noticed improvement in your academics?

SR: They’ve been really helpful. I’ve been getting good grades, but I’ve been struggling in geometry a little bit, and the tutors have helped me understand a lot of the concepts we’ve been learning. When I’m struggling with something, they put it in a way that I can understand, and that especially helps when I go back to class and we’re going over the same concept. 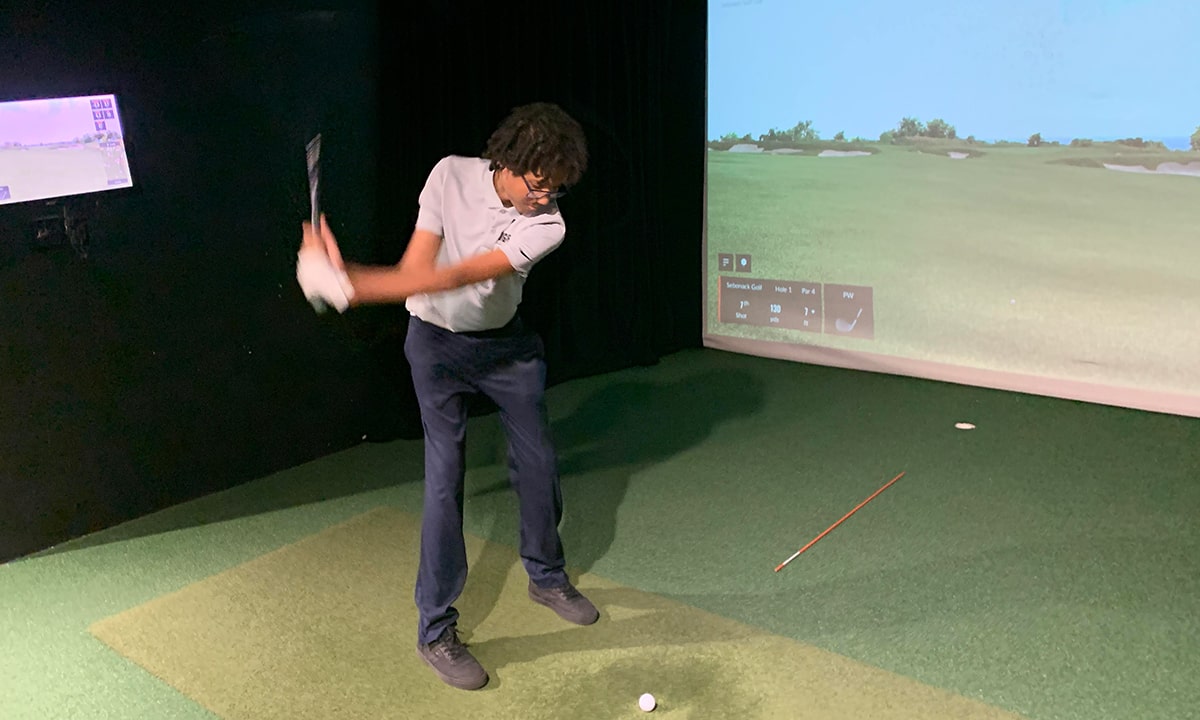 CH: Our after school program requires a lot of commitment. Has that been a challenge for you?

SR: Sometimes I’m feeling lazy and don’t really want to come, but once I walk in the door, the atmosphere of the place lightens me up and I start feeling better. I start getting into what we’re doing and, especially when we start playing golf, I feel more energetic.

CH: Do you hope to play for our high school golf team?

SR: Definitely. That’s one of the main reasons I went to Eagle, because I heard and read about the golf team. They made it to the final eight teams in the PSAL playoffs and were competing against schools like Bronx Science and Stuyvesant, who have been winning a lot lately. I thought that was amazing considering how good those schools are, that they were able to go up against them in the first place.

CH: What is your favorite subject in school?

SR: Right now science is my favorite. I’ve always been interested in life science and chemistry, like how things got here, how to make certain chemicals. That stuff’s always gotten my attention. I’m taking Living Environment now. We’ve gone over photosynthesis, cell respiration, the differences between plants and animal cells, things like that. We’re also going to do some labs that will involve growing things and experimenting with plants.

CH: Outside of golf and school, what are you into?

SR: I do play a lot of video games — Spiderman, Infamous Second Son, Apex Legend, Super Smash Bros. — but I also really like reading mystical and fantasy stuff like Harry Potter and Percy Jackson. And I’m into action movies, the superhero movies.